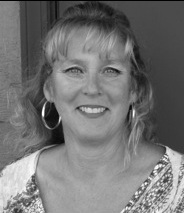 Laurie prides herself in creating artwork that is realistic. Whatever the animal, making it seem true is the success. “The challenge is to make you feel the buffalo’s wool, the fur of a big cat, see the iridescence of the turkey’s chest feathers or the many colors of the pheasant’s pelt. Texture gives realism and truth to the painting.”

Laurie researches, photographs, and studies her subjects for accuracy.  “I’m fortunate to live in an area that is rich in wildlife. Southwest Oklahoma gives me spectacular opportunities to witness and photograph wildlife activity.”

Laurie has received widespread recognition for her work.  She has a “Best of Show”, won numerous awards at the regional level, exhibited at juried shows in Oklahoma, Texas and Kansas, and exhibited in the Governor’s Gallery at the State Capitol.  Her art has been featured in a number of state and regional publications.

Thompson’s work has included the design and securing funds for an ambitious public art project, located in Mangum, called “Up the Trail”. This is a 150 –foot project that depicts the great western trail cattle drives which once traveled in the area.  She has been honored with the Governor’s art award for community service.